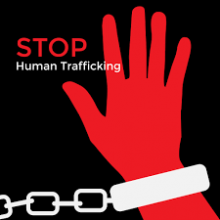 The Empower-TIPLESS project, in partnership with USAID through PDAP, recognizes that human trafficking can be prevented by      strengthening communities and helping them overcome key vulnerabilities. The Barangay Committee Against Trafficking-               Violence Against Women and Children or BCAT-VAWC of Barangays 76-A and 31-D Davao City, are now in the forefront in tackling human trafficking cases in their community.

Tambayan Center for Children’s Rights, Inc. conducted capacity-building trainings in January 2021 for the BCAT-VAWC members and officers to strengthen their individual skills and knowledge needed in performing their roles and responsibilities as stipulated in the R.A. 9208 as amended by R.A. 10364.

A recent incident involving an Indian national put the 76-A BCAT-VAWC’s capability   in combatting human trafficking to the test. Last October 21, 2021, social workers of the Municipality of Sultan Kudarat coordinated with the Barangay 76-A regarding a case of child trafficking. Since the entrapment operation was at SM Ecoland, which is still part of the Barangay 76-A jurisdiction, the social workers opted to coordinate the case with Barangay 76-A functionaries. The said Indian national allegedly recruited three youngsters from Sultan Kudarat through online platform for a promise of a well-paying job in Davao City. The said youngsters are 13 and 15 years of age.

The mother of the two children found out that the owner of the establishment prohibited them from leaving because of a debt. Communicating with the children had been difficult as well. Alarmed, the mother coordinated with the social workers of Sultan Kudarat to help her get her children back. The social workers of Sultan Kudarat coordinated with both the PNP Station 15 and Barangay 76-A social worker, Dominique Fuentes, who is a member of the BCAT-VAWC support group. Dominique pulled out Ms. Ayren Ybanez, the BCAT-VAWC Desk Officer, from an ongoing training in the barangay to assist in the entrapment operation. As soon as they reached the barangay hall, the PNP Station 15 police officers met up with them to discuss about the operation in the police station. Aside from Ms. Ybanez and Dominique, with them were the social worker and one police officer from Sultan Kudarat, the mother and relatives of the two children.

As soon as they agreed on the plan, they went straight to SM Ecoland van terminal where the mother texted her child to meet up with her. Only the youngest daughter was there. Ms. Ybanez said that the recruiter must have known about the whole scheme and was able to get away. The rescuing team opted to take the child to the police station where she was asked about her elder sister’s whereabouts. But the child is too afraid to reveal her sister’s location. According to Ms. Ayren that since it’s getting late and the child still did not respond to the interrogation that they decided to let the operatives handle the case. However, they were able to follow up the case on the following days.

She was informed that after some time, the youngest daughter finally told the police that her elder sister is still in Bacaca. From this point, only the police officers with the team from Sultan Kudarat and the relatives of the children conducted the rescue operation. The eldest daughter was successfully taken after the mother paid her children’s debts. Right now, the children are already safe at home with their family in Sultan Kudarat.

According to Ms. Ybanez, the case was a buena mano for her being just recently given training on RA 9208 as amended by RA 10364:

(The CTIP seminar (with Tambayan Center) was still ongoing when someone called me. It was a trafficking case. It was like a Buena mano. But I had already handled similar cases before. The trainings and seminars refreshed our knowledge. The training on the referral pathway really helped since we also have to be aware of the referral flow. If we had not been given this training, we would have been confused and not have known what to do when the incident happened.)

The coordinated primary intervention by the PNP Station 15 police officers  and the increased awareness and skills of the BCAT-VAWC in 76-A, were the keys in effectively responding to a human trafficking case in their barangay. A community-powered human trafficking prevention requires a holistic approach by all stakeholders. Community leaders specifically are in a strategic position to recognize human trafficking case and report suspicions to the appropriate authorities.